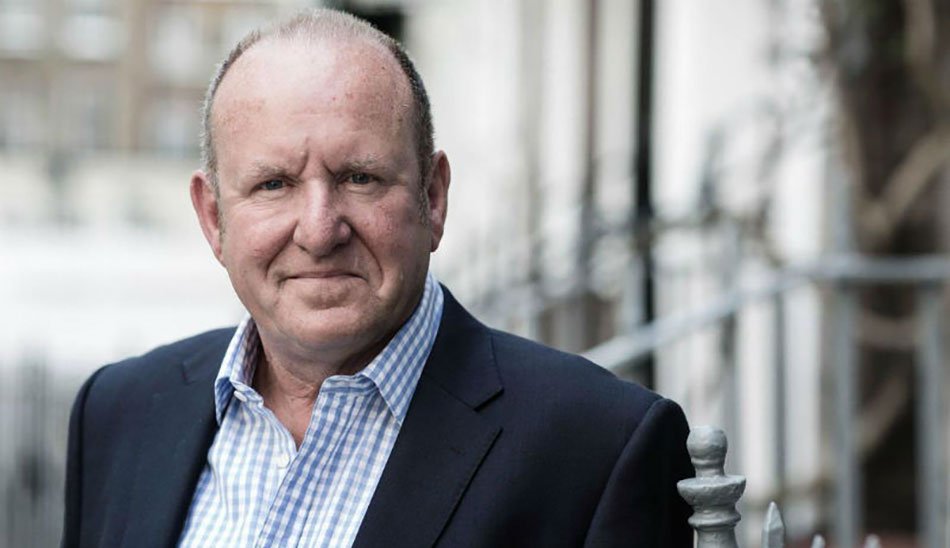 Led by Creative England in partnership with the BFI and UKBAA, Evolve is a programme designed to build a connected ecosystem of investors in the UK’s innovative media and entertainment sectors. As part of Evolve, we are highlighting leading industry investors to help provide a bit of insight into what it looks like to invest in screen-based businesses. We sat down with Ian Livingstone CBE, Co-founding partner at Hiro Capital to explore the games sector.

“Today’s generation interacts with the world through digital devices. They prefer interactive entertainment to passive entertainment. The video games industry generates revenues of $220bn a year globally. There are 3bn players and hundreds of millions of spectators watching games being played online.”

As a passionate gamer, Ian turned his hobby of board games into a hugely successful career and became widely known as a pioneer and founding father of the UK games industry. His career began in 1975 when he co-founded Games Workshop, launching Dungeons & Dragons in Europe, and later Warhammer and the retail chain. Whilst he is no longer with the company, it currently has a staggering valuation of more than £3bn on the London Stock Exchange. A creative person himself, Ian co-wrote the Warlock of Firetop Mountain, the first Fighting Fantasy gamebook in the series which has gone on to sell over 20 million copies worldwide. In 1984 Ian designed Eureka, the first computer game published by Domark, and later joined their board where he oversaw a merger that created Eidos plc in 1995. Taking on the role of Executive Chairman at Eidos, Ian launched global video game heavy weight, Lara Croft: Tomb Raider.

Driven by his entrepreneurial spirit, Ian began focusing on angel investing in 2013 shifting his attention to how his expertise could help innovative start-ups grow. Ian has enjoyed a number of successful investments in games companies, attributed to his extensive sector knowledge but also taking advantage of the fact that, “there simply aren’t enough investors actively engaged in the space.” In addition to his angel investing and supporting businesses early on, Ian is also co-founding partner at Hiro Capital, a venture capital fund working to close the funding gap that exists for games businesses when they reach Series A and B rounds.

“People don’t just want to play games; they want to see other people playing games in the same way as people who enjoy playing football like to watch Premier League games. It’s hardly surprising that the eSports industry is growing at such an incredible rate. Games have become the metaverse, the 3rd space where people meet to both play and hang out.”

Ian believes there is a huge opportunity in the video games sector in terms of unicorn potential. He notes, “Today’s generation interacts with the world through digital devices. They prefer interactive entertainment to passive entertainment. The video games industry generates revenues of $220bn a year globally. There are 3bn players and hundreds of millions of spectators watching games being played online.” Ian explains that gone are the days when games were only consumed on PCs or consoles. Technology constantly evolves the industry and provides new opportunities. “Apple saw the opportunity to widen the market with its touchscreen. You simply swipe your finger across the screen to play a game and conveniently access all the content you could wish for via the App Store. Easy-to-play casual games and instant access to content has made video games a mass market phenomenon.”

Beyond the opportunities for engaging with games for pleasure, we as a global community are also now shifting towards video games being optimised for education, fitness and creating virtual communities. The opportunities are endless when we look at the ever-growing market need for remote connectivity and engagement. “People don’t just want to play games; they want to see other people playing games in the same way as people who enjoy playing football like to watch Premier League games. It’s hardly surprising that the eSports industry is growing at such an incredible rate. Games have become the metaverse, the 3rd space where people meet to both play and hang out.”

When it comes to assessing a deal, every angel has key things they include on their checklist. Ian shares, “I have a quite a long due diligence checklist when wearing my angel hat. This is a people business and the first thing for me is to assess the senior leadership team. My ideal is where an amazing creative person is in an equal partnership with an amazing businessperson. Both have equal standing in the company.” Ian looks for a balance of creativity and business, as he feels both are essential to empowering and driving the business.

Ian’s follow up key questions are, “What intellectual property do they own? Do they have a clear understanding of the addressable market for their game? What is their business model? What technology do they own? Are they able to scale rapidly without the game falling over? Do they understand games as a service? Are they data-driven? Have they got a good relationship with their community? And last, but least, why is the game compelling?” Beyond these questions, Ian looks at how much personal commitment the founders have made. He states, “I like to see scars on people’s backs! I want to see how much the founders are personally invested in the company.”

Finally, Ian comments, “I am not too interested in profit and loss projections at seed stage, because the chances are, they won’t know how their game will perform on full release. What I am looking for is early game data and key analytics around acquisition, retention and monetisation of players. Data makes my investment decisions that much easier.”

“We excel at creativity and digital technologies in the UK. Put the two together and hey presto, video games! The baby unicorns are out there. Go find them!”

The Future of Games

Looking at how explosive the games sector has been over the last decade, and zeroing in on how integral devices and screens are to our lives, there is an evident growth opportunity in the industry.

“I think there is no better time to invest in games. The market is booming, and the publishing risk is significantly reduced from when games were premium products sold at retail compared to today’s digital services free at the point of delivery. At the press of a button, games studios have instant access to global audiences via digital platforms such as Steam, the App Store, Epic Store and digital consoles. Physical inventory and managing the supply chain are no longer a problem. Of course, there is a lot of competition, but that is true of any successful industry. And the big plus is that the business model is now a business to consumer proposition.”

Although he sees improvement in the perception of the industry, Ian remains frustrated by the fact that whilst the UK industry overperforms in content creation, it is underserved by investment capital. He hopes that in future, innovators and investors will embrace each other’s worlds with greater understanding and enthusiasm.

“If there was more positive reporting on the industry, more UK investors would take advantage of the fantastic opportunities out there. The games industry is the largest entertainment industry in the world and one of the few success stories during the Covid-19 pandemic. Revenues are up significantly, and games development has continued with minimum interruption with developers able to work from home using cloud-based development platforms. Digital creativity, digital consumption and e-commerce all combine to make the industry future-proof. The Government and investment community should recognise that the video games industry ticks all the right boxes for the post-Covid-19 digital economy – high tech, high skills, regional, export-focussed and IP-creating whilst on a huge growth curve. What’s not to like?”

Ian concludes that although the video games industry is not the easiest industry to comprehend, it is absolutely worth exploring what is dynamic and fast-growing sector. “We excel at creativity and digital technologies in the UK. Put the two together and hey presto, video games! The baby unicorns are out there. Go find them!”

Find out more about the Evolve Programme and our investor ambassadors.