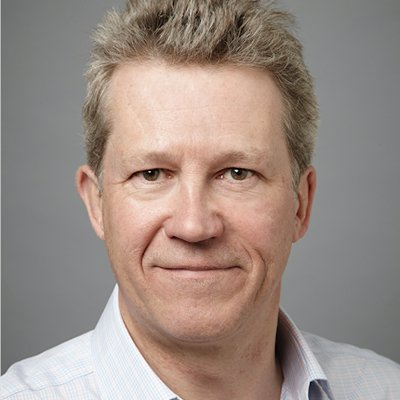 As we reach the end of another financial year, it’s the perfect time to look forward at the opportunities that the year ahead could bring for angel investors. With plenty of buzz around artificial intelligence and a continued drive to increase the number of women angel investors, we spoke to Simon Thorpe, Managing Partner at Delta2020 and Chair at Cambridge Angels to find out his thoughts.

Starting his career in equity research, Simon began angel investing 20 years ago and he’s been doing it semi-professionally for at least 10 years. During that time he’s invested in more than 50 companies and learned plenty of valuable lessons along the way. It was during his time doing equity research that he learned about the importance of a business having a good team in place before deciding to invest.

“I’m really looking for two or three people who have highly complementary skills. If you’ve got two founders, you don’t want them to be identical people with identical skillsets otherwise they’ll tread on each other’s toes. You need, ideally, one who’s commercial and marketing orientated and the other who’s technically orientated.”

Simon is Managing Partner at Delta2020 and he’s a member of three angel syndicates; Cambridge Angels, where he is also the Chair, Cambridge Capital Group and Angel Academe. What does being a Chair entail?

“The job of the Chair of Cambridge Angels is essentially to make sure that we’ve got a good set of members by our criteria. A very important criterion is they’re exited entrepreneurs. These are entrepreneurs that have been there before, are actively engaged and wanting to invest and help budding entrepreneurs. It’s about supporting the UK entrepreneurial ecosystem, particularly around Cambridge. We will support companies anywhere in the UK. We won’t generally go overseas because angel investing is a local activity because you need to be close to your companies. The job of the Chair is also to make sure that the deal flow that we see is strong and is relevant.” We are most interested in deep tech, B2B and IP rich companies that are employing new technologies to disrupt existing markets.

Part of Simon’s job as Chair is to look to the future and set out the aims and objectives of Cambridge Angels. Simon explains:

Throughout his career as an angel investor, Simon has established a keen interest in the technology sector. His strap line is ‘the digital revolution is the new industrial revolution’ and he sees big opportunities for the UK.

“The opportunity for growth in the UK economy is in what I call digital manufacturing.”

Simon believes that thinking about how new technologies can be applied across all sectors is key.

“Artificial intelligence, which has been a buzzword for the last five years, can be applied across virtually every single sector but presently tends to be employed at in the biggest sectors where the biggest opportunity is, and that’s in financial services, healthcare and tech and telecoms. As the techniques get further and further developed that will spread out across all sectors.” This trend is still in its infancy.

Where does Simon see growth coming from over the next decade?

“Certainly more artificial intelligence and machine learning, the application of the techniques to large amounts of data. You’re trying to take unstructured data and turning it into structured data. You’ve heard many people use the expression data is the new oil. The reason why the super mega companies like Facebook, Apple, Amazon, Google, etc are so successful is because they’re global and they’ve got a huge amount of data which has been given to them, essentially, for nothing. These companies have become awesomely powerful.”

An area in the industry that Simon sees for growth is increasing the number of female angel investors. Through his work with Angel Academe, Simon has done a lot of work to achieve that and he’s invested in 16 businesses with female founders. When it comes to barriers for women to invest, he believes that perception is part of the issue.

“A significant issue I think with regards to women investing is that it’s not really being seen by women as something that they’re interested in or a natural thing for them to do. Now that’s what Angel Academe is trying to change and obviously by building up a group of 55 to 70 largely female angels I think that’s changing. It’s also changing because we’re seeing a lot more female entrepreneurs than we did 10 years ago. I mean, a significantly greater number.”

As our conversation comes to a close, we ask Simon what the best piece of advice is that he’s received over his career so far.

“Don’t rush into angel investing. Take your time to assess companies. Consider carefully who you are investing with in a company.”

Find out more about Delta2020 at https://delta2020.com, Cambridge Angels at https://cambridgeangels.com and Angel Academe at https://www.angelacademe.com.

Want to learn more about angel investing? Enrol in our course The Effective Angel Investor at http://bizangels.thinkific.com.