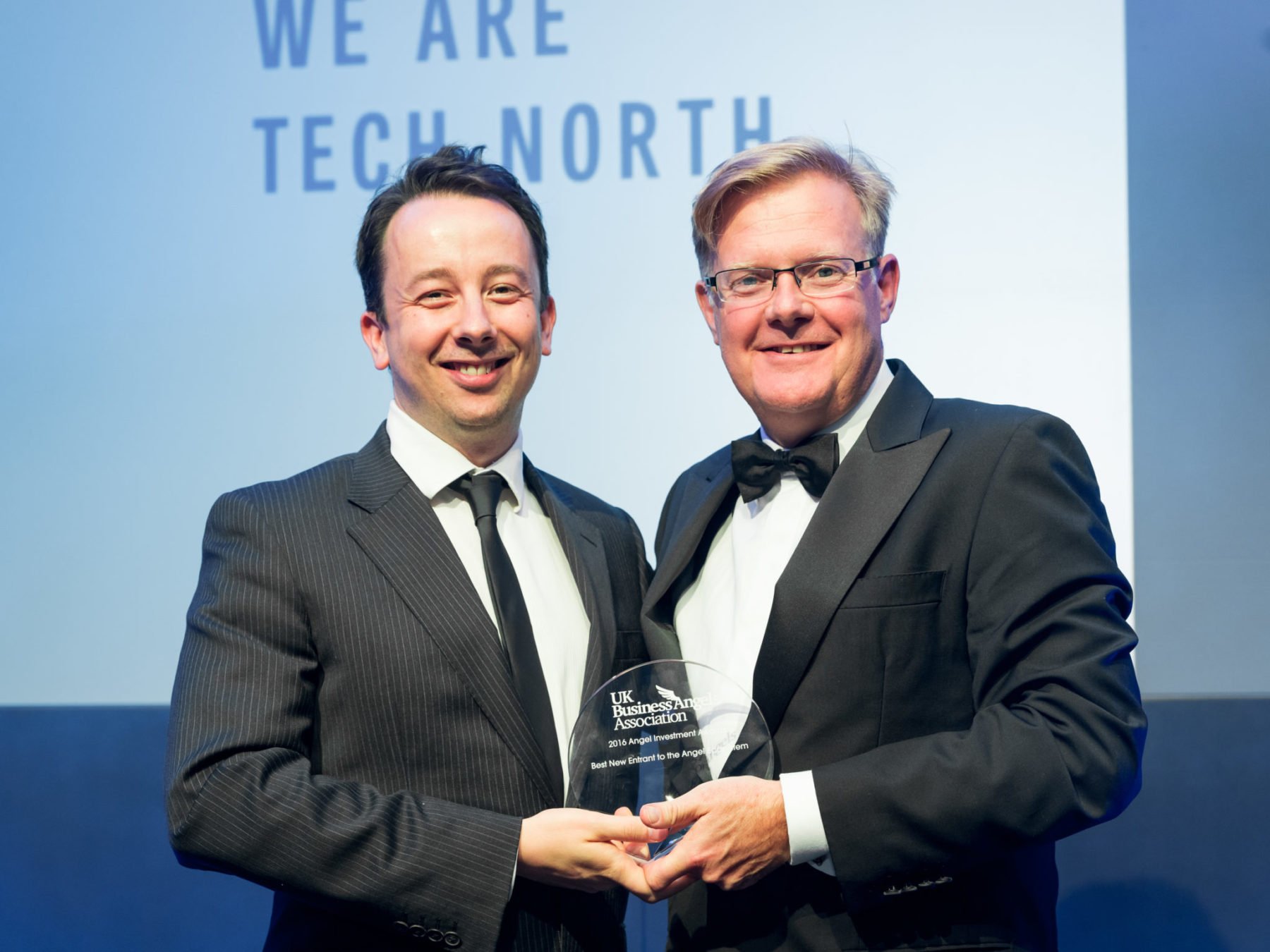 This award celebrates new models, services or offerings that have recently entered the angel and early stage investment market, across traditional or alternative finance.

Tech North’s win was announced by Kiki Loizou, Small Business Editor of The Sunday Times at the UK Angel Investment Awards, held at the Dorchester Hotel on the 5th July 2016. The award was presented by Simon Calver, Chair of the UK Business Angels Association (pictured, right).

The nine finalists were:

The shortlist identifies organisations that have demonstrated innovation in their approach and displayed clear added value to support the growth and effective working of the angel and early stage ecosystem, ensuring that growth potential businesses across the UK can access the finance they need.

The judges noted Tech North’s significant impact on the development of the digital ecosystem across the Northern regions over the past twelve months. The judges alsohighlightedthe Tech North team’s clear focus on increasing the potential of the North to attract investment and their work identifyingthe talented entrepreneurs in the region, especially through the Northern Stars programme.

Toucan won the One to Watch Award, with the judges commending the innovative platform that brings mentorship, investment and scale-up support to entrepreneurs in the creative industries. The judges also noted Toucan’s major new awards programme that is supported by key corporates andhas also secured significant investor backing.