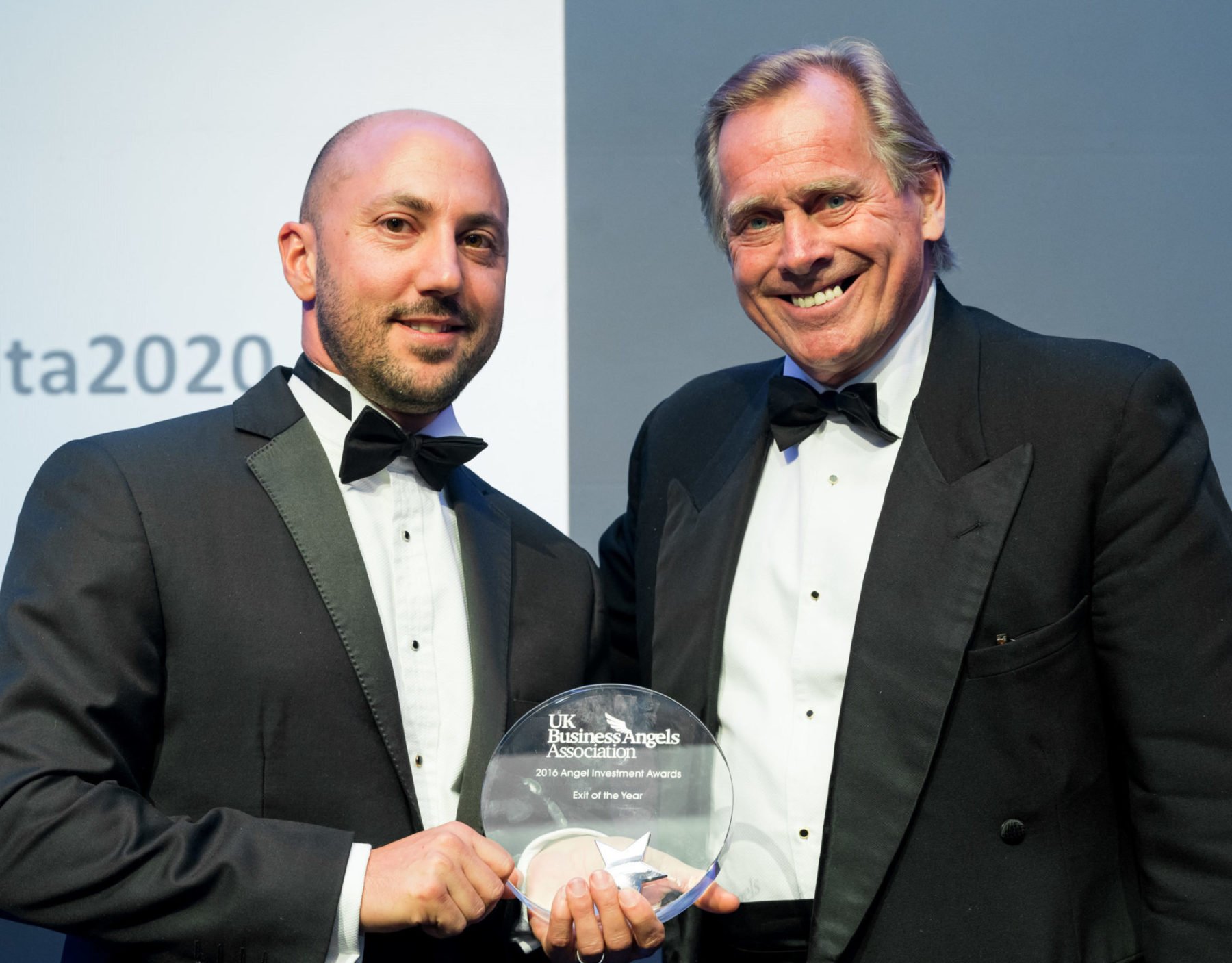 Swiftkey wins the UKBAA Exit of the Year Award at the UK Business Angels Association Awards 2016.

The Exit of the Year Award, sponsored by Asset Match, celebrates businesses that have achieved a successful and recognises the role of the Business Angels in the growth of the business.

Swiftkey’s win was announced by Kiki Loizou, Small Business Editor of The Sunday Times, at the UKBAA Awards Gala 2016 held at the Dorchester Hotel on 5th July 2016. The award was presented by Iain Baillie, Co-CEO of Asset Match (pictured, right).

The shortlisted businesses have been shown to have achieved significant high growth prior to exit and have achieved a successful outcome for their company and significant returns for the angels and other investors who backed them throughout their journey, achieving full or partial liquidity.

The judges felt that all of the five finalists are to be commended for offering significant returns to their angels and other investors.

The judges observed that the Swiftkey team had developed deep technology and succeeded in building a huge customer base in a market which is highly dominated by key US players.

The Exit achieved through acquisition by Microsoft offered a strong return for the VCs and Angels many of whom achieved a 10-13x return.

The judges wished to highly commend Hassle’s exit, which saw it acquired by Helpling and offered a 35x return for the angel investors involved. Set up by experienced women founders, the business demonstrated strong disruption of the home cleaning market and capacity for scale. Having attracted acquisition by a German competitor within only 2 and half years since its establishment Hassle was able to offer a very strong return for investors especially for the angels who had provided early backing many of whom achieved a 35x return.

We look forward to following both Swiftkey and Hassle’s growth stories in the years to come.