Tyres on the Drive leadership triumph at Northern Tech Awards 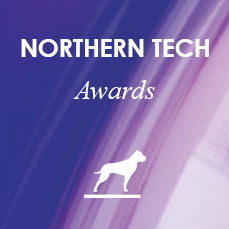 Tyres on the Drive take home the ‘Judges Award for Leadership’ at this year’s Northern Tech Awards.

Organised by GP Bullhound, the awards celebrated the 50 fastest growing companies in the North of England and the region’s expanding tech industry. The shortlisted companies increased their combined revenues by 90% in 2015 and winners were chosen by a high profile panel of judges including; David Rowan (Editor of Wired), Sir Terry Leahy, Sherry Coutu, and Alex Baldock (CEO of Shop Direct).

This award comes following a year of strong performance for Tyres on the Drive. In addition to taking home the leadership award, the company placed 12th on the overall growth list ranked by revenue, with an increase of 73% over 2015. When presenting the leadership award, the judges praised the company’s culture and integrity. MMC portfolio company SafeGuard also appeared on the growth list.

You can find out more about the Northern Tech Awards here, and see the full list of this year’s winners here.