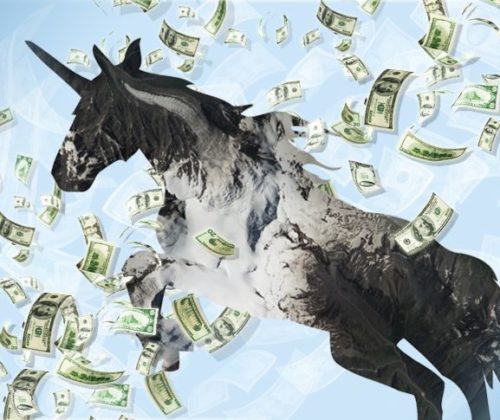 A group backed by a team that wants to support the UK’s most promising high-growth technology companies has invited 58 tech startups to be part of an elite club.

Silicon Valley Comes To the UK (SVC2UK), an organisation set up by LinkedIn cofounder Reed Hoffman, former LinkedIn VP of corporate strategy Ellen Levy, andLoveFilminvestor Sherry Coutu, chose the companies based on their potential to grow into huge tech corporations.

The “Scale Up Club,” designed to encourage “high-impact entrepreneurship,” is for companies that could hit £100 million in revenue in the next three to five years.

The companies in the 2015 intake span a variety of industries, from artificial intelligence and drones, to flower delivery services and consumer hardware.

Between the 58 companies, they generate £300 million in revenue each year and employ 3,100 people, SVC2UK said, adding that they’re growing at 110% a year.

The new club members were announced at an event held at the London Stock Exchange today, andthey will receive mentoring from successful people in the global technology industry, includingTomTomcofounder Corinne Goddijn-Vigreux and Catherine Mohr, VP of medical research at Intuitive Surgical.

Previous Scale Up Club alumni such as TransferWise and SkyScanner are now valued at over $1 billion (£660 million) and it’s hoped that the latest intake of companies will follow a similar path.

Read more about The Scale Up Club 2016 here