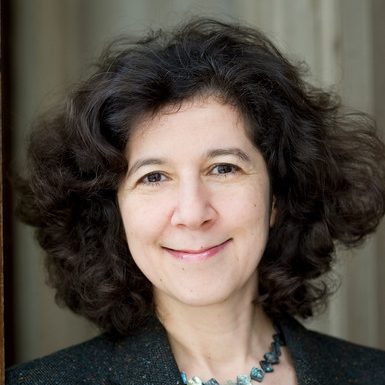 Barbara has worked on the commercial side of life sciences for thirty years, initially in a large organisation (ICI/Zeneca/AstraZeneca), before discovering the world of entrepreneurship at London Business School and transitioning to the world of biotech start-ups

Barbara joined the Francis Crick Institute in January 2018 as Entrepreneur-in-residence, where amongst other things, she leads an accelerator programme called KQ Labs, which is focused on start-ups from all over the UK who are making use of data/AI applied to health. She is also Chief Business officer of Autifony, where she is responsible for strategic partnering, fundraising and commercial aspects of drug development for CNS disorders. She chairs the LifeArc Early Ventures investment committee and is on the Cambridge Enterprise Seed Fund Investment Committee.

Barbara has a BA and D Phil in Chemistry from the University of Oxford, and is a Sloan Fellow from London Business School.

Reimagining Healthcare by Leveraging the Power of Technology and Innovation

Health Tech is a global powerhouse for investors and offers the opportunity to create long-term change to our healthcare system and the ways we engage with patient care from prevention through diagnoses and treatment. This panel will explore the why investing in health tech is so vital and what makes the UK a hotbed for innovation and leading competitor on the global stage. Dialling in on the trends turning heads and opportunities emerging, our experts will pull back the curtain on why the digital health market is one of the most lucrative in the world.