Women are responsible for owning over 45% of the UK’s wealth, with many being successful entrepreneurs and taking on significant roles in business and their professions. Despite this, only 14% of angel investors in the UK are women. The UKBAA Women in Angel Investing Summit will focus on the opportunities and challenges for increasing the number of women angel investors.

Through a series of guest speakers and panel discussions with leading women investors and entrepreneurs, we will explore what are the current motivations and drivers for women to invest; and will hear what advice female investors can give to other women who may be interested in investing in the UK’s entrepreneurs and early-stage growth businesses.

You will also hear the results of some recent research carried out among women across the UK by UKBAA, together with Angel Academe and supported by Cass Business School. We will gain fascinating new insights from women who currently invest; and will also look at what may be preventing women from getting involved.

During the summit, successful women entrepreneurs will share their experiences of accessing angel investment, especially from women investors – and explain what impact this had on the growth and success of their business.

There will be considerable opportunities for the audience to engage with the debate and to help identify how we can encourage more women to become angel investors. You will also hear more about UKBAA’s ongoing programme of activities for women to learn about and get involved in angel investing.

Keynote speakers include Debbie Wosskow OBE, founder of Love Home Swap and co-founder of AllBright; Dale Murray CBE, successful entrepreneur and angel investor; and Meganne Houghton-Berry, the UK Angel Investor of the Year 2017-18; and we will be joined by expert speakers and panellists from some of the UK’s leading investors and entrepreneurs.

This event is kindly hosted by G by Grant Thornton.

Tickets are strictly limited – therefore registering interest will not entitle a ticket – UKBAA will contact successful applications with a formal invitation.

Debbie Wosskow OBE is recognised as one of the most prominent serial entrepreneurs in the UK, known for successfully launching and scaling businesses in the areas of digital disruption, the sharing economy and female empowerment. Thanks to her knowledge, track record and authority in those areas, Debbie holds a number of prominent leadership positions across associated sectors and is regularly interviewed on those subjects in the media, on TV and on radio. She was Founder and CEO of Love Home Swap, which was sold to Wyndham Destination Networks for $53m in July 2017.

As co-founder and chairperson of AllBright, Debbie, along with her co-founder Anna Jones (CEO at Hearst), aims to close the gender-based funding gap that currently prevents many women from launching and succeeding with their business ideas. A long standing investor herself, Debbie has personally backed a number of female-led businesses including LifeStyler, a digital marketplace for style services, and Vinaya, wearable technology products.

Debbie is the Chairman of Sharing Economy UK (SEUK) and sits on the Mayor of London’s Business Advisory Board. In 2015, Debbie was named as one of the Evening Standard’s 1000 most influential people in London. Hailing from a family of female entrepreneurs, her entrepreneurial journey started at the age of 25 when Debbie launched her first company called Mantra, a marketing consultancy, which she later sold to Loewy Group in 2009. Debbie is also a Trustee of the Hampstead Theatre.

Dale Murray is a successful entrepreneur, award-winning business angel investor and experienced non-executive board director. She co-founded Omega Logic, which co-launched mobile phone top-ups in Britain and built her business to £450m of gross revenue within 5 years. Dale was the UKBAA Angel Investor of the Year in 2011 and was honoured with a CBE in June 2013 by HM the Queen.

Meganne Houghton-Berry, UKBAA Angel Investor of the Year 2017-18, is an angel investor, NED and start-up mentor.  She has over 25 years experience in tech and consumer marketing and currently sits on the boards of a number of UK startups including Third Space Learning, a digital platform for one-to-one maths tutoring and Aduna, an African inspired health food brand.  She is a Specialist Mentor for the Princes Trust and an active member of several UK and US based angel networks.  Originally from New York, she holds an honours degree in Economics from Colgate University, and an MBA from Stanford Graduate School of Business in California.

Sarah is an entrepreneur, technologist and angel investor. She founded Angel Academe to encourage more women to become angel investors in early stage tech startups. She is also Director of digital strategy company Turner Hopkins and a “Dealmaker” for UKTI’s Global Entrepreneur Programme. She has spent most of the last 20 years working in and around digital technology in the UK, Europe, US and Asia.

Sarah works with startups and growth-stage companies as an advisor, supporter and connector; and with larger organisations and multinationals to develop their peripheral vision by identifying areas for innovation and the best partners and processes to help them deliver it.

Kim has a background in science, with a PhD in Astrophysics and also an MBA from Cranfield School of Management. She is the co-founder and CEO of Pivigo, a data science marketplace and training provider based in London. Founded in 2013, Pivigo aims to improve the employability of PhDs by training them as data scientists, which is a highly in-demand commercial skillset. Kim and her team at Pivigo are passionate about bringing businesses and scientists together to harness the value and opportunities in data, by bridging the gap between the two fields using their bespoke training programme S2DS, Europe’s largest data science programme. Kim has been named a Rising Star among the Top 100 Influencers of Big Data in the UK and she is also the chair of a TechUK Big Data skills working group and member of the Government’s Data Skills Taskforce.

Susanne Chishti is the CEO of FINTECH Circle, Europe’s 1st Angel Network focused on fintech opportunities, and the FINTECH Circle Institute, the 1st Peer-to-Peer FinTech Learning Platform. She is also co-editor of “The FINTECH Book”, which has been translated into 5 languages and is sold across 107 countries. Susanne is recognised in the European Digital Financial Services ‘Power 50’ 2015, an independent ranking of the most influential people in digital financial services in Europe. She has been selected as top 15 FINTECH UK twitter influencer and as a “City Innovator – Inspirational Woman” in 2016. She has also been a fintech TV Commentator on CNBC and is a guest lecturer on financial technology at the University of Cambridge.

Kully is an executive chief finance officer (CFO), angel investor, mentor, coach and fundraiser for tech startups and early-stage businesses in the UK.She is a director of Amaryllis Ventures, which she created to work with founders and give them access to a wider network and help them develop their concept and make it ‘investment-ready’. Kully works with and invests in businesses at idea stage. She applies the ‘Lean Start Up Model’ to help businesses create a Minimum Viable Product (with the minimum amount of funding) to identify markets and customers. Kully’s main passion is help founders make their business investment-ready by taking on a hands on role as a co-founder, seed investor or CFO. As a mentor and coach, Kully’s key focus is on fund raising, investment planning, business strategy, business development, business building, finance and operations to create maximum value for all stakeholders.

Sanja is a restauranteur and angel investor. In 2005 she co-founded Salt Yard Group which now comprises five central London restaurants – Salt Yard, Dehesa, Opera Tavern, Ember Yard and Veneta. The restaurants specialise in Spanish and Italian tapas and have all received numerous awards. General founder duties aside Sanja had particular focus on HR, financials and design of each site. In 2014 Sanja part-exited from Salt Yard Group selling a stake to Alcuin Capital. She is now a non-exec director. Sanja currently lives in Edinburgh. In Edinburgh she is a member and non-executive director of Investing Women Angels, the first female angel group in Scotland. Investing Women Angels invests in early stage high growth companies and has the goal of increasing the number of female investors and entrepreneurs in Scotland. It also runs coaching sessions for entrepreneurs throughout the year as well as an annual conference and a high profile competition AccelerateHER for female founders.

Sarah Abrahams leads Grant Thornton’s national Growth Finance business, providing a range of support services to businesses seeking up to £10m in external finance and representing the firm in the early-stage investment community. Prior to this, Sarah led the national investor relations activity at Grant Thornton for its government-backed GrowthAccelerator service, which supported SMEs in raising over £210m of external finance during its operation. Sarah worked closely with participant companies to identify suitable funding strategies and facilitating targeted introductions to investors. Sarah regularly speaks at industry events on topics such as the issues around raising finance for SMEs, how to best access external finance, SEIS/EIS, as well as general commentary on the national funding landscape. Outside of Grant Thornton, Sarah is a member of various angel syndicates including Angels 5k and Angel Academe and also mentors early-stage businesses on accessing and preparing for external finance.

Karen Thomas-Bland has created a successful portfolio career blending strategy consulting, interim executive roles, non executive directorships, teaching FTSE 100 senior leaders and angel investing in early stage technology companies.  Her corporate clients include Accenture, EY, RELX Group and Visa.  Prior to this she spent 14 years has a management consulting Partner and Senior Business leader, working internationally with a broad range of clients accross many sectors.  She specialises in corporate strategy, operating model design, new corporate venturing, brand and customer strategy and large-scale transformational change.  Passionate about entrepreneurship and developing female talent,  Karen is a mentor to a range of entrepreneurs and leads the women’s group of the Chairman’s network, alongside running training for FTSE 100 female leaders.  By Background Karen is a Chartered Organisational Psychologist and Associate Fellow of the British Psychological Society. 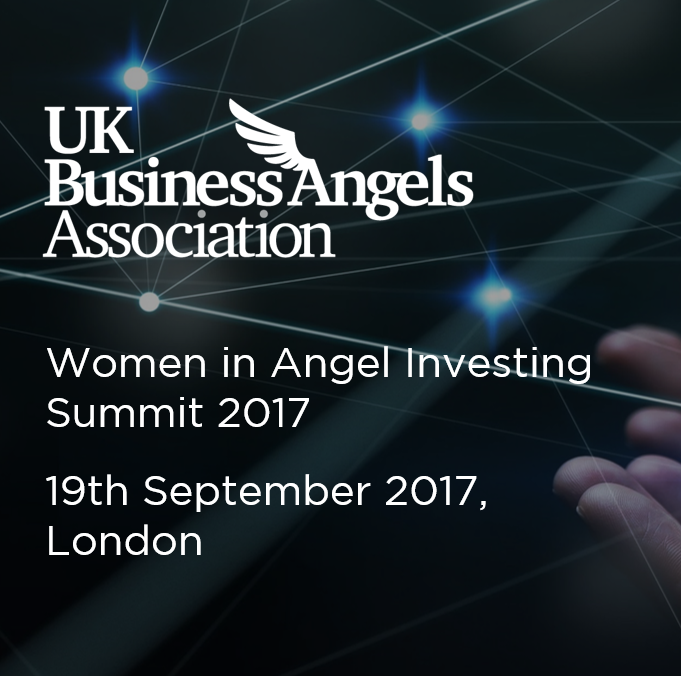