Chris Adelsbach reflects on 2020 – what a year! 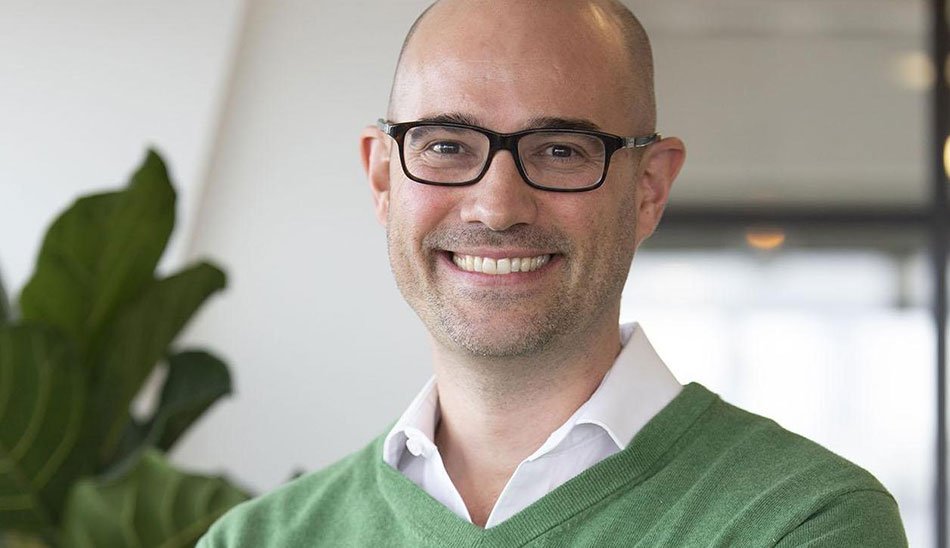 2020 was many things, but predictable was not one of them. When my wife and I weren’t home schooling our three children or shielding my mother-in-law, I was talking to, and continuing to invest in amazing founders. I made 17 new investments in 2020.

A mentor of mine once told me that as an early stage investor, you need to continue to invest through a cycle. I’m pretty sure he meant that you should invest during the regular ‘bumps in the road’ and not necessarily through a black-swan pandemic, but I took his advice to heart and throughout 2020, continued to invest. Here is a short snippet I’d like to share with you.

Looking pandemic in the eyes and backing more entrepreneurs.

My first investment was made shortly after “Lockdown 1.0” in March so I averaged about two angel investments per month from the beginning of the pandemic.

I made five investments in Insurance-Tech business, including UK-based start-ups Anansi and Bequest.

One of the first things I did during lockdown was to take a long sober look at my personal insurance. I felt that others would do the same. I met the founder of Anansi via an introduction from portfolio company CEO, Oliver, from Marshmallow, who was impressed by co-founders Megan and Anna, and suggested that I meet them. Anansi works with small and medium sized e-commerce businesses to offer ‘off-course cover’ insurance which pays out if items go missing. This is a real risk and the risk has been amplified as more businesses have migrated to online fulfilment. Ultimately, however, I invested because I think that Anansi CEO, Megan, is a rising star and as an angel-stage investor, I’m ultimately backing people.

Bequest offers life insurance, wills, and family well-being all under one roof. Yes, I know, bringing up mortality during a pandemic is uncomfortable, but it’s an insurance that many people should have and Bequest is making it far more accessible and fair. Founder, James, is immediately someone I was drawn to. He’s driven, likeable, and open to mentorship — a great combination for a founder in my opinion!

I made four investments in fintech payments companies including Nigeria-based “Plaid for Africa” One Pipe and Glasgow-based ‘banking shared services platform’ OneBanks.

I met One Pipe founder Ope Adeoye whilst volunteering to meet/mentor/assess Fintech founders for my friend and former Techstars colleague, Jenny Fielding. I loved what Ope was doing, made a few introductions that turned into enterprise deals (a great signal), and the rest was history!

OneBanks was different. I’m somewhat of a rarity in that I am an American from the Mid-West who spent a large portion of his life living in West Yorkshire. Because of my time outside the London echo-chamber, I’m immediately drawn to concepts such as ‘levelling-up’. This is one reason why I was immediately attracted to OneBanks and its mission of ensuring that people are not left behind as we move to digital/open banking. Founder Duncan Cockburn is from a small Scottish town and has witnessed banks deserting the UK high street. OneBanks’ offers a shared physical platform for banks so that vulnerable customers who require a human touch are given the support they need. I invested and joined his Advisory Board.

I made two investments in neo-banking platforms. Yes. I know. There are a LOT of neo-banks. However,I felt that Gen-Z, neo-bank, Zelf, was suitably differentiated and had a founder, Elliot, who had already amassed over 500k sign-ups due to being completely in-tuned with his customers. Thanks to my friend Jens Lapinski for the introduction!

I also made one investment in each of the following:

So that comes to 17 NEW investments in total. Maybe if you buy me a beer, post lockdown, I’ll share the complete list of companies (and the stories that go with them!)

However, I also made eight additional follow-on investments in existing portfolio companies. These are companies where I was generally an angel and kept on investing (i.e. SUPER high conviction)!

I’m excited about them all but here are just a few you may have read about!

Railsbank: Banking as a Service. They are absolutely flying! I was their first investor in 2016 and have invested in every round since.

Seldon: Developing tool to optimise machine learning with application across industry and geography.

Kompany: Turning into a RegTech juggernaut with its global KYB platform.

It takes a great deal of time to establish a track-record. It’s been 7 years since I began angel investing and 2020 was the year of some pretty significant investment mark-ups. A few notable wins were Railsbank, Marshmallow, Cutover, and Cuvva. My angel investments have now raised in excess of £1 billion of follow-on capital from smart and supportive investors. Also, the start-ups I backed as an angel now employ over 2,000 people in the UK alone.

My deal flow has improved over the years although I’m forever looking for different avenues to ensure I don’t miss out meeting great founders. This year I invested in six companies that came to me via my Techstars network (where I remain a Venture Partner). I invested in four more companies via an introduction from CEO’s where I’ve previously invested (now at 135 companies and counting). The rest came from a variety of sources. For instance, one was a direct outreach to me from the founder; one relationship was made off the back of me volunteering to mentor early stage founders; I met one founder at Web Summit in Lisbon; and one founder approached me after I gave a presentation at the UK Business Angels Association Annual Awards highlighting neurodiversity.

Diversity is important to me. It should be important for you too.

Last year I wrote a medium post similar to this one and shared some diversity metrics of the CEO’s of the companies I backed. I thought I’d do the same this year too.

Three of the 17 (17.6%) have a female CEO’s (a greater percentage have a female co-founder). Four of the 17 (23.5%) have a BAME CEO. Eight of the 17(47%) have a CEO that is female/BAME and/or LGBT+ . Seven of the 17 (41.1%) were led by a founder not born in the UK. Further, a number of founders have shared with me that they consider themselves neurodiverse and are consciously building neurodiverse teams which is something I deeply care about.

I share this not to virtue-signal. I share this mainly because I am constantly looking for amazing founders who are leading meaningful businesses that I think will be very financially successful. This is my main criteria. At the end of the year I then take stock and look beyond the genius of the founders I’ve backed to see if, perhaps, I have had any biases that hold me back as an investor (and as a human). I also share this with other interested investors in the hope that others will also be self-reflective.

I’m feeling pretty good about this group of founders on multiple levels, but I’m also reassessing areas where I may have a blind-spot.

A pandemic certainly gives you time to pause and reflect. I’m not planning on dying anytime soon but when I look back on my life, I want to make sure, as an investor, I’ve backed founders who were doing good while they built profitable and sustainable businesses. I’m proud of the founders I’ve backed and the companies they are building. The fact that over £1 billion of follow-on capital has been raised by the companies where I was an angel is a great sign that others think this way too. Also seeing 2,000 highly skilled jobs being created from these companies is also greatly rewarding. It was nice to have this acknowledged to some extent by Sifted and the Fintech50 this year. I do try to do my best.

The future is uncertain, but backing great founders feels great. Now back to teaching my son algebra!