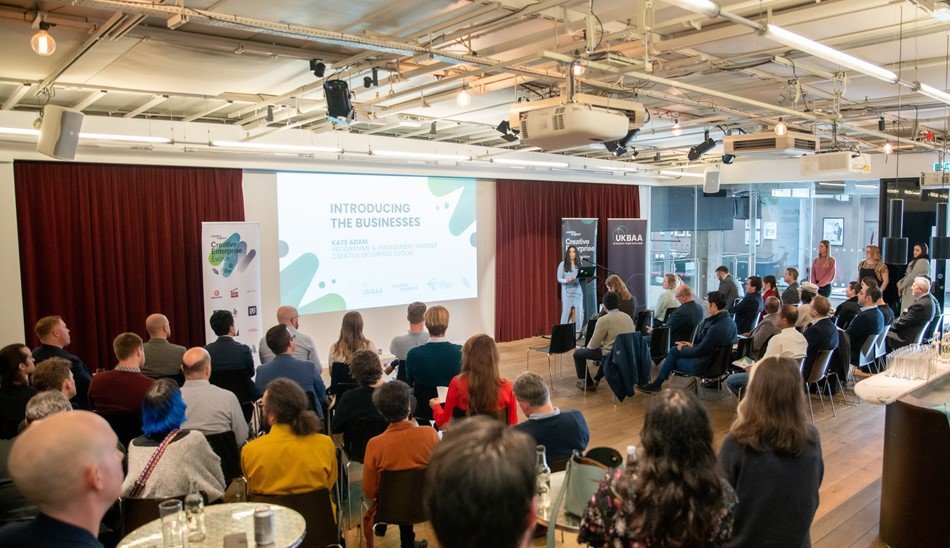 On Wednesday 6th April, we were delighted to host the UKBAA and Creative England Creative Enterprise Evolve showcase event, at the especially fitting setting of the British Film Institute situated along London’s Southbank. It was fantastic to present 11 businesses to a selection of investors from our community; they were treated to 7 pitches and the opportunity to network with the remaining exceptional creative businesses throughout the course of the evening.

Proceedings kicked off with an introduction from UKBAA’s Executive Chair, Jenny Tooth OBE, outlining the extensive investment opportunities that exist within the UK’s creative sector, with just an exciting snapshot being presented as part of the event. Guests also heard from Creative UK’s Chief Investment Officer Mehjabeen Patrick, who further described the incredible opportunities within the sector, as well as sharing more on the Creative Enterprise Evolve Programme, which all businesses involved in the event took part in.

The businesses participating in the event covered a huge range of subsectors: from specialist productions studios making waves in their respective fields, to games studios that have already experienced significant success with their recent releases. Each business had benefitted from the Evolve programme: a bespoke set of initiatives lead by Creative England for ambitious screen businesses to access connections, training and networks to achieve business growth. As part of UKBAA’s wider involvement in this programme, we also curated a number of intimate investor dinners, as a means of making additional direct investor introductions for the businesses, as well as readying them for this culminating pitch showcase.

We’ve recently shared a number of articles that go into more depth on some of the creative subsectors represented at the event; we shared an article on impressive content creators, which is a chance to better understand this specific space and in turn the work of cohort members: Laal Blue Dot, Busy Doctor Films, Dark Rift and Peggy Pictures. We also assessed the exciting opportunities that exist in the games sector, turning a spotlight on cohort members Cardboard Sword, Spilt Milk Studios, Huey Games, Altered Gene and Nosebleed Interactive.

Please see here for the brochure from the event, which includes all necessary contact details. The full list of businesses involved include the below:

Altered Gene: Altered Gene is a remote development studio headquartered in the UK. Their mission is to craft omni-channel games and experiences using the core pillars of story, quality and accessibility. The team is currently working on building a story-verse spanning five individual projects.

Cardboard Sword: Formed by ex-AAA games industry developers in 2013, Cardboard Sword has almost two centuries of combined experience across its thirteen staff plus contractors. They focus on the Unreal Engine, building proprietary tools to give them a competitive advantage, and create extremely high quality own-IP titles.

Dark Rift Horror: Dark Rift Horror, founded in 2016 by Paul Butler & Stewart Sparke, has already seen considerable commercial success with a number of their horror feature films. Their films have been premiered at Frightfest London and secured worldwide distribution deals, making them available on DVD, Blu-ray and streaming services in over ten territories.

Laal Blue Dot: Laal Blue Dot is an independent feature film production company that makes high-quality, low-budget films which educate, entertain and elevate. It was founded by brothers Michael and David Groom to tell stories that fit the house brand of four different generic mash-ups – primarily dramas with a dusting of magic realism, in the genres of thriller, supernatural, light horror and ‘grounded’ sci-fi.

Mooncolony: Mooncolony is a boutique concept art studio creating award-winning characters, illustrations and world-class artwork for their partners around the world. Their seasoned artists give life to stories by creating transcending characters; they work with top international talent and the best emerging artists.

Peggy Pictures: Peggy Pictures is a female-led production company with a passion to create content that makes the world a more understanding and tolerant place, and an expertise in the under 30’s audience. They produce TV programmes, short form content and podcasts that aim to inspire, educate and bring as much joy as possible.

Spilt Milk Studios: Spilt Milk Studios is an independent game developer. Founded in 2010, they’ve released 9 games commercially – 8 of them original IP – as well as countless jam games, festival installations, charity efforts, prototypes and a significant amount of work for hire with some of the industry’s biggest companies.

From those of you that  attended, we hope you found a range of possible investment opportunities. For our community members that didn’t get a chance to attend, do make full use of the brochure, equally feel free to reach out to us directly regarding any aspect of the event or to find out more about the Creative Enterprise programme and how investors can get involved: events@ukbaa.org.uk. 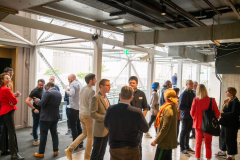 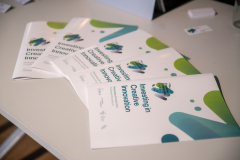 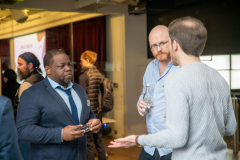 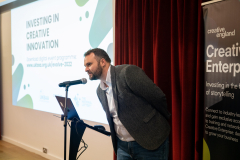 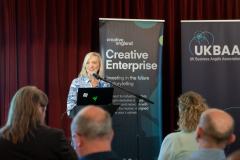 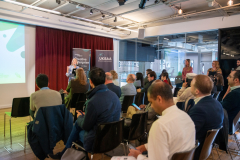 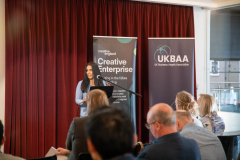 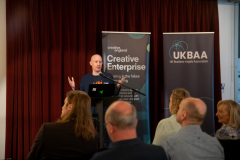 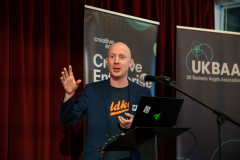 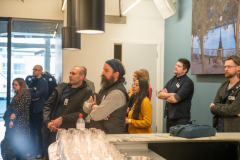 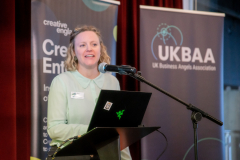 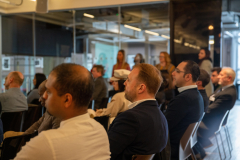 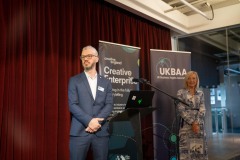 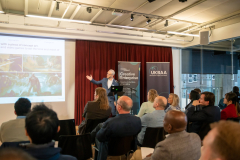 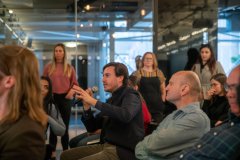 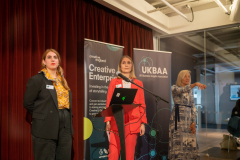 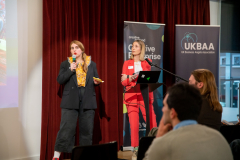 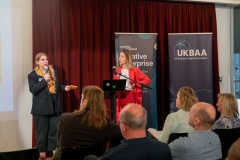 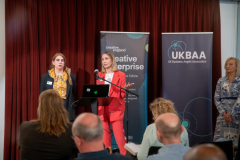 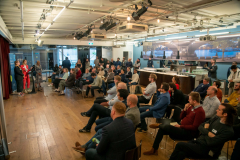 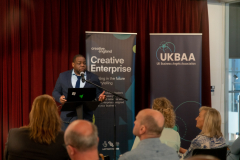 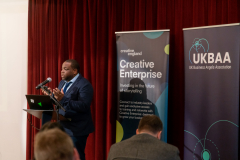 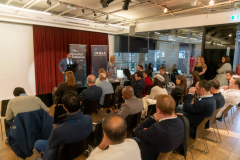 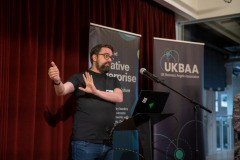