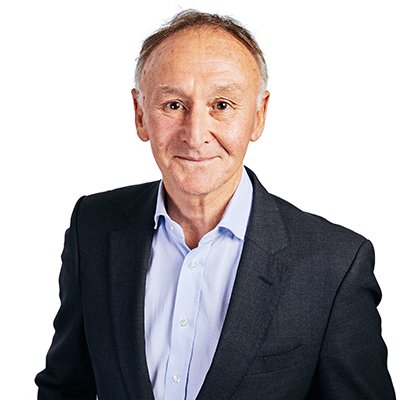 Earlier this year we put regions in the spotlight with our Connected Investing series, highlighting the opportunities that Wales, Manchester, Newcastle and Bristol had to offer. NVM was one of our Gold Sponsors and they shared their experiences of being a regional focussed business. Recently we sat down with Tim Levett, one of the firm’s founding partners, to talk about NVM’s growth and the exciting developments they are seeing coming out of the regions.

Tim is one of the three partners that founded NVM in 1984 with its first office in Newcastle. Now the company’s Chairman, he has played a key role in growing the firm to become one of the UK’s leading venture capital companies having invested over £680m in over 300 companies since inception. The NVM investment team own the business and they personally invest alongside NVM’s three funds, meaning they have a personal stake in the success of the businesses and teams in which they invest.

Recalling starting NVM in 1984, Tim says: “We raised a £5 million fund to make equity investments in the northeast of England and Cumbria. It was a very discrete geographic area, but we set out with those as our first building block to build the business.”

Not your average Chairman, Tim who co-leads the VCT team, has a varied workload – from meeting management teams of prospective new investments or visiting existing portfolio companies to explaining to government, the media and other stakeholders that the work the industry does with entrepreneurial companies is hugely beneficial to the wider economy.

The company’s expansion started in 1988 with the opening of an office in Edinburgh and raising a small partnership fund of £25 million to continue doing a range of investments from development capital deals and early stage deals. Now NVM has £270 million under management in VCTs doing early stage deals between £1m and £15m and a further £170 million in limited partnership funds which invests between £5m and £15m predominantly in MBO’s.

NVM have always been regional investors so are entrenched within the local business communities and have first-hand knowledge of how they operate. They have investment teams in Newcastle, Manchester, Birmingham and Reading who all have a wide range of skills, interests and backgrounds. This has helped the company to develop a thorough, diverse and well-rounded approach to the investment process. Tim says that over the last decade one of the most interesting developments in the regions has been the growth of software companies.

“Regional cities with good universities have been spawning a lot of software companies, not necessarily direct spin outs from the university, but talented people deciding to stay where they are when they’ve graduated and focusing on building companies.”

“Regional cities with good universities have been spawning a lot of software companies, not necessarily direct spin outs from the university, but talented people deciding to stay where they are when they’ve graduated and focusing on building companies.”

Elaborating further he explains, “The volume of deals pretty much follows the business population in each region so by far the strongest is Manchester but also very strong is Bristol. Birmingham is a big conurbation with two very good universities there. Leeds, Newcastle and Scotland – all places with universities generating interesting deals. Interestingly a lot of the satellite towns to London – places like Guildford, Winchester and Reading – these sort of places, the population of good software businesses is growing there pretty fast. All roads do not lead to London anymore.”

“I think the business-to-business software businesses, generally speaking, have less volatility than the consumer facing ones, and certainly we’re looking at some very interesting companies in that sector.”

What separates NVM from other firms? Tim believes that it’s the firm’s 35 years of experience.

“With over 30-year track record of investing, nurturing, helping to build and then selling early-stage businesses, I think we can give a lot of reassurance to people that we’ll stay the course. We genuinely are patient investors and we’ve got a track record. In one case we had a very good exit and it took 12 years to get there, and we were happy to stay the course while it happened.”

In July NVM were one of the winners of the Early Stage Fund of the Year award at the UKBAA Angel Investment Awards.

“The UKBAA award has raised the awareness of NVM among the critical and key business angel syndicates and networks to enable us to improve our deal flow there, and to also start to be trusted by the angel community as people that could do business with.”

In the coming months NVM have some exciting deals they’re going to be announcing. Tim reveals:

“We are very busy. Most recently we completed a consumer fashion deal in an business called Duke and Dexter, a branded deal that is quite different and outside of the range of the software businesses. Shortly after that we completed a deal in Birmingham-based VoxPopMe, a leading video feedback and analytics company. The demand for customer-recorded video is on fire, and this investment will help us continue to stay ahead of the ever-increasing demand for video feedback. We will be announcing another new software investment in the next few weeks.”

Find out more about NVM and what they do by visiting https://nvm.co.uk.

Want to learn more about angel investing? Enrol in our The Effective Angel Investor E-Learning course at https://bizangels.thinkific.com/.