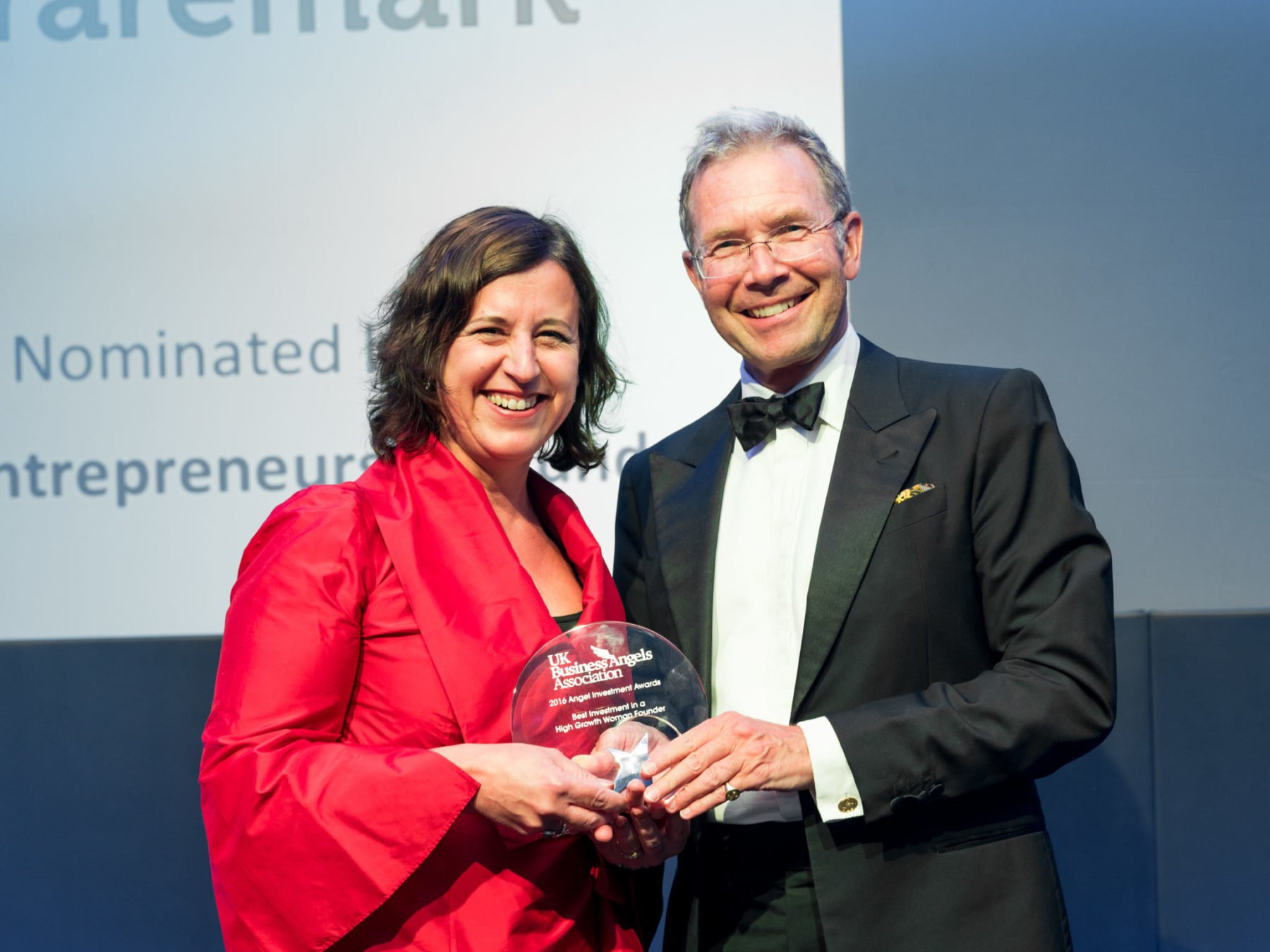 This award, sponsored by Lloyds Banking Group, is aimed at celebrating the importance of high growth potential businesses which are led by a woman founder, or co-founder, and recognises the role of the investors who backed them.

The eight finalists were:

Speaking of the founder and CEO of Raremark, Julie Walters, the judges acknowledged she had shown exceptional leadership in setting up and growing the business and focusing on the challenge to support families affected by rare diseases whilst pioneering new access to data and analysis from the pharmaceutical industry. Julie has shown her capacity to effectively mobilise both angel, VC and equity crowdfunded investment, notably drawing on the skills and support of key women investors with expertise in the healthcare sector.

Funding Xchange‘s co-founder, Katrin Herrling, who won the One to Watch award, was commended for demonstrating strong leadership through building the FCA authorised platform to empower small businesses to access alternative sources of finance. The team, with strong female representation, have gathered a wide group of investors, including female angel investors, to support their path to high growth.

UKBAA look forward to following both female founders and their respective companies over the year ahead.