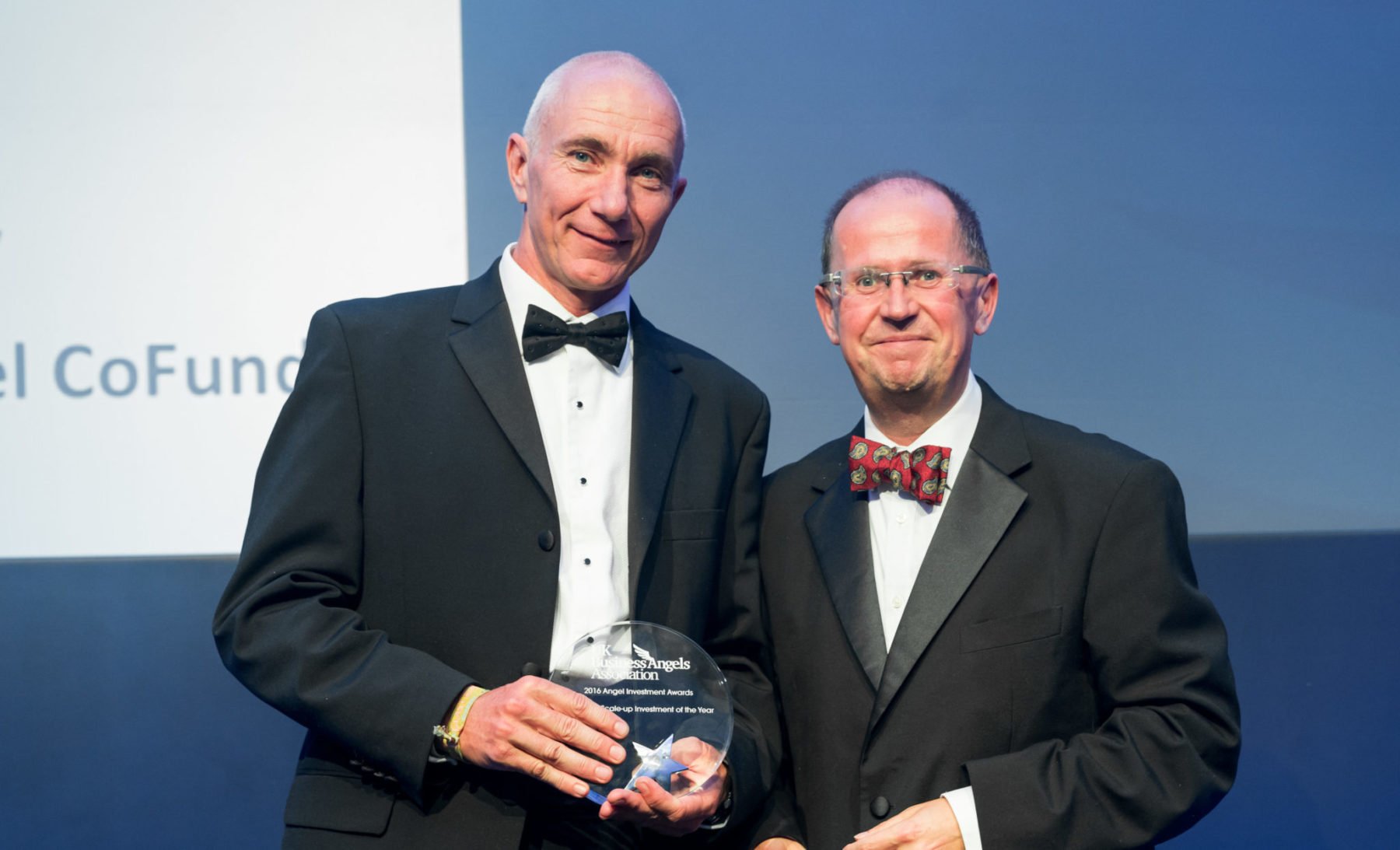 Creo Medical has won the UKBAA Angel-VC Scale-up Investment of the Year Award 2016.

The Angel-VC Scale-up Investment of the Year Award, sponsored by the BVCA, is aimed at high growth businesses in any sector that have received both Angel and VC backing to enable them to successfully scale-up.

Creo Medical’s win was announced by Kiki Loizou, Small Business Editor of The Sunday Times, at the UK Angel Investment Awards 2016, held at the Dorchester Hotel on 5th July 2016. The award was presented by Tim Hames, Director General of the BVCA (pictured, right).

The shortlisted companies for this award have been identified as innovative and clearly demonstrate the added value of combining both equity funding sources to support their strategy for scale-up and growth.

The judges commended Creo Medical for its pioneering innovative tools, especially in the field of endoscopy, having achieved an exceptionally exciting phase of commercialisation that puts the businesses on a strong trajectory for scale-up. Creo Medical has shown tenacity in mobilising over £11m of investment over time, including £5m of angel investment alongside a range of VC finance and Corporate VCs to support its growth. The company has also shown its capacity to leverage not just investment but clear added value from this range of investors.

Ebruy, which won the One to Watch award, was identified asa dynamic fintech company, offering innovative FX products and personalised risk management, with a focus on smaller businesses and charities. Ebury clearly demonstrates the capacity to not only effectively utilise both angel and VC investment, but to also recognise and exploit the added value brought by its investors to support its growth and scale-up.